For the 60 anniversary of the foundation of the Italian Cultural Institute of Stockholm born from the genius of Gio Ponti and Carlo Maurilio Lerici, who wanted him to be the author of the project, the 27th of November opens to public Relational by Bianco-Valente.

Through an irregular network of electroluminescent cables that form dozens of weaves, the artists cover the facade of the Palace of the Italian Cultural Institute in Stockholm, creating from the visual point of view that which has been its mission since its foundation exactly 60 years ago: a place of meeting, exchange and sharing. Relational is a network of light, a luminous, evident, irrefutable sign of trust in relationships, in the interaction between individuals who have at their disposal dialogue as one of the ways necessary to keep existing in the world. (Maria Sica Director of IIC of Stockholm)

The dialogue with architecture and urban space is in the DNA of the artistic research of Bianco-Valente that not by chance have made this installation in different contexts, including the inner courtyard of the Madre Museum in Naples and the rationalist building which is the home of the Library of Potenza, two places which are par excellence points of relationship and the meeting of knowledge. On this occasion, however, the comparison with architecture encountered a very intense moment of challenge.

With a ship-shaped hull characterized by broken and asymmetric lines, with sudden voids in the details of the roof and in the edges, the irregularity of this building finds a visual unity in its “skin” made of glossy white mosaic. With the setting of the sun, the reflective shine of the ceramic gives way to the sidereal blue of Relation, which, like the underlying architecture, is perceived as a unitary organism that seems to rise from its support, becoming an element in itself. An element able to cancel the architectural dynamics of the façade and modifying the relations and perspectives of the spaces in which the building is inserted. (Adriana Rispoli)

The installation will be visible until the 10 of February in the occasion of the Stockholm Design Week. 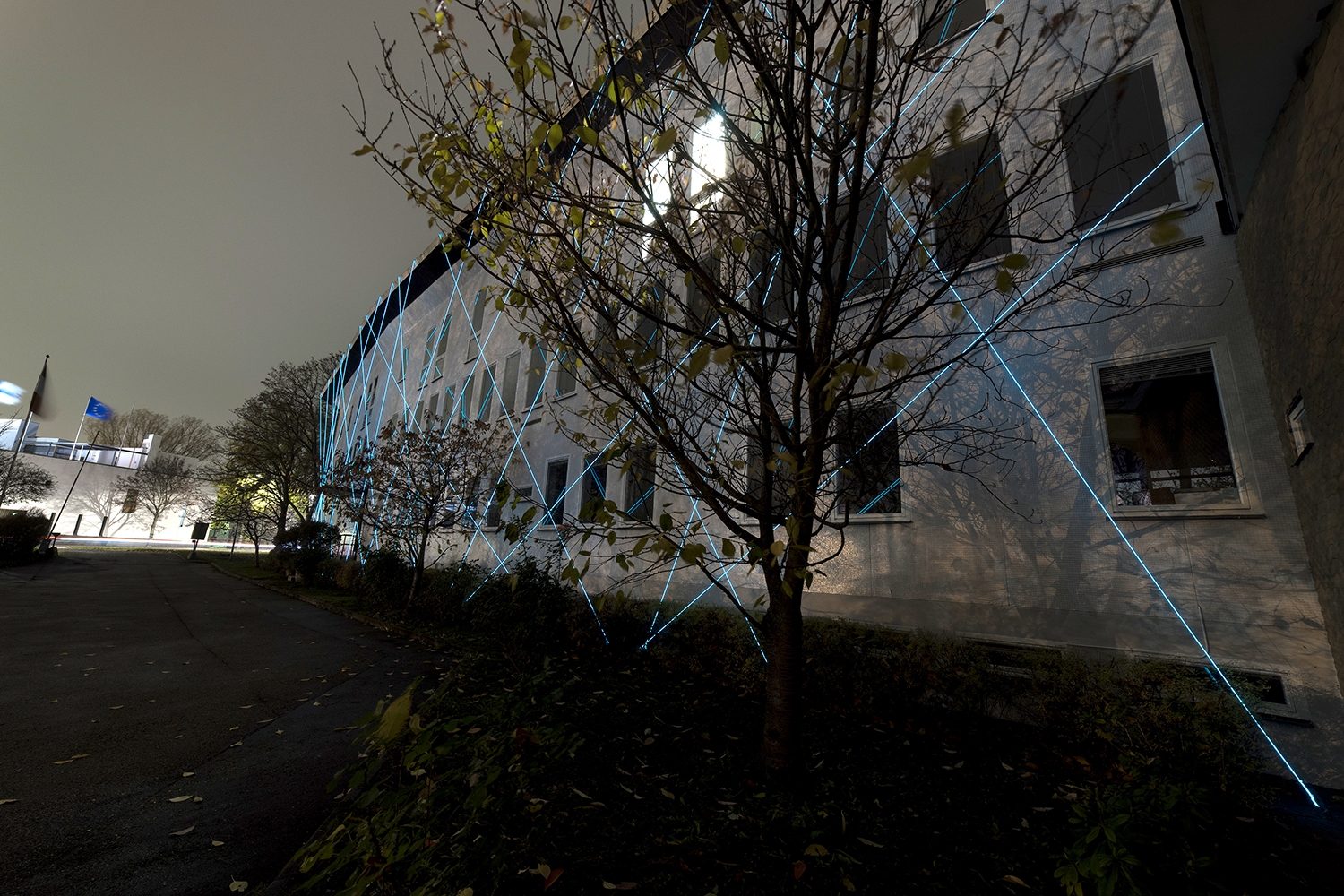 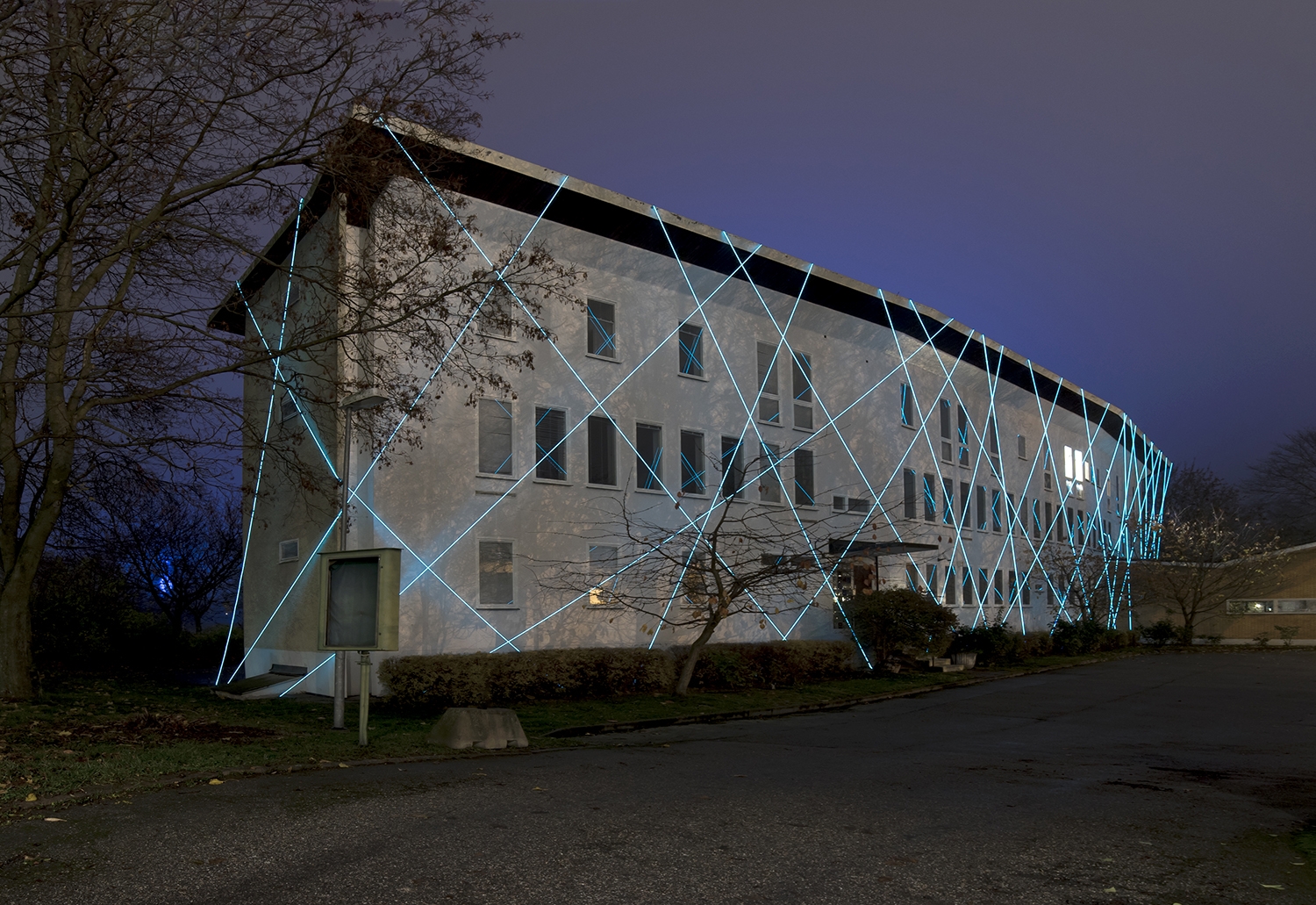 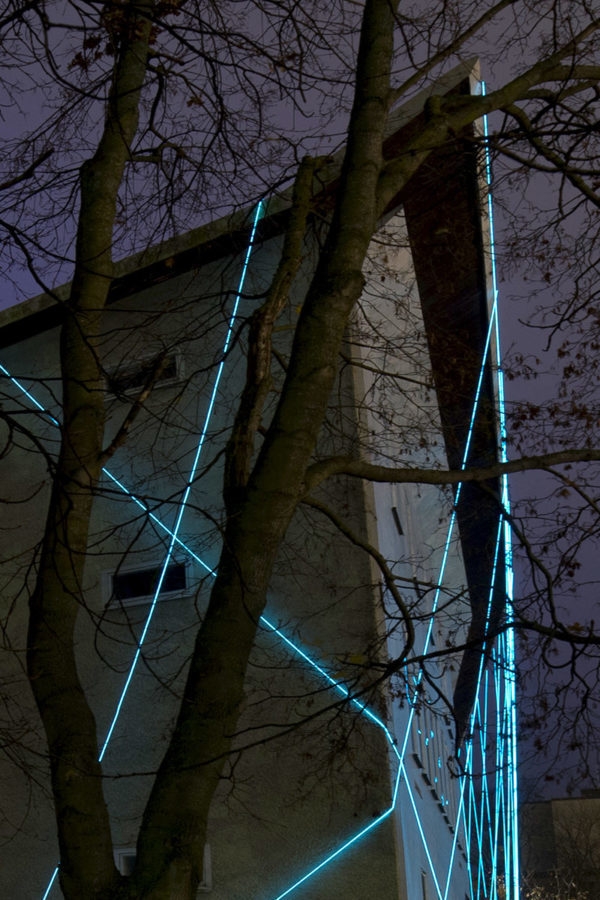