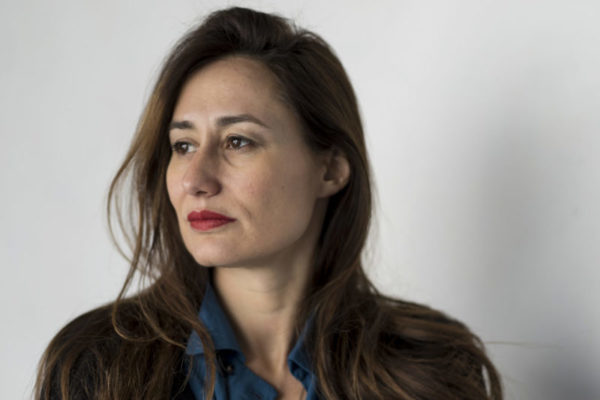 Adriana Rispoli (Naples 1977) is an independent curator and art historian whose interests are mainly focused on art in the sphere of public space with social engagement though video art and performance.

Since from the foundation in 2013, she is curator at Quartiere Intelligente, a non-profit association and urban regeneration space in the historical center of Naples with a mission on sustainability in different field. Among others, for Quartiere Intelligente she conceived Q.I. Vedo, a video art format in which national and international artists interpret the relationship between man, nature and culture by projecting visual messages on an urban wall and MontesantoArte a six months residence for young Italian artists focused on cross languages between visual arts, architecture, design, involving the local community in the process.

Focused on the dynamics of public art and the use of new languages in unconventional contexts with the aim to develop contemporary art to a wider public, she curated the selection of contemporary art works for the undergrounds and exhibitions in the Railway Stations in Naples and abroad, she founded the annual project Skins Taste in Rome for a 250 square meters façade of an ex factory, as well as two video installations expecially conceived for the façade of the Temple of Neptune at the Archeological Park of Paestum (Salerno) and two big site-specific installations for the façade of a Gio Ponti building in Stockholm, Sweden.

From 2009 to 2012 she curated the Project Room of MADRE Museum of Naples where she developed the project TRANSIT for young artists in the Mediterranean area working in network with international institutions as TownHouse in Cairo, Pist in Istanbul, CCA in Tel Aviv and State Museum for Contemporary Art in Thessaloniki and three editions of the Performing festival: Corpus. Art in Action.