Through the work of 6 artists, the screening Economies of Living presents an insight into the production of video art Made in Croatia around the theme of the economy and intrinsically to the medium itself of moving images. The word ecomony – from the Greek oikos / home and nomos / law – is addressed in the six works exhibited in different meanings relating to both the more intimate and collective spheres, in a micro dimension of the everyday and macro in an urban public scenario .

From a cinematographic approach to graphic animation passing through performative documentation to animation, Ecomonies of Living returns the energy of visual experiments of an extremely prolific artistic area of ​​Eastern Europe.

Economies of Living, curated by Adriana Rispoli and Karla Pudar, is the second collaboration of the Morra Foundation of Naples with the Domino Project in Zagreb after Smashing the Myth in 2018 and is supported by the City of Zagreb. 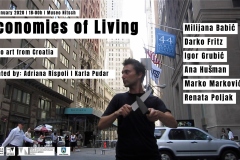 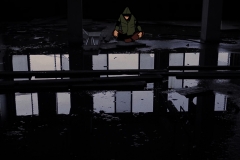 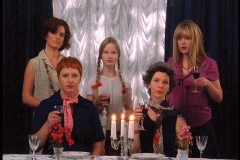 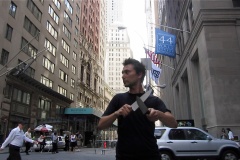 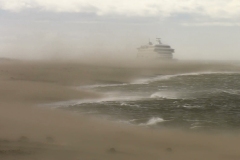