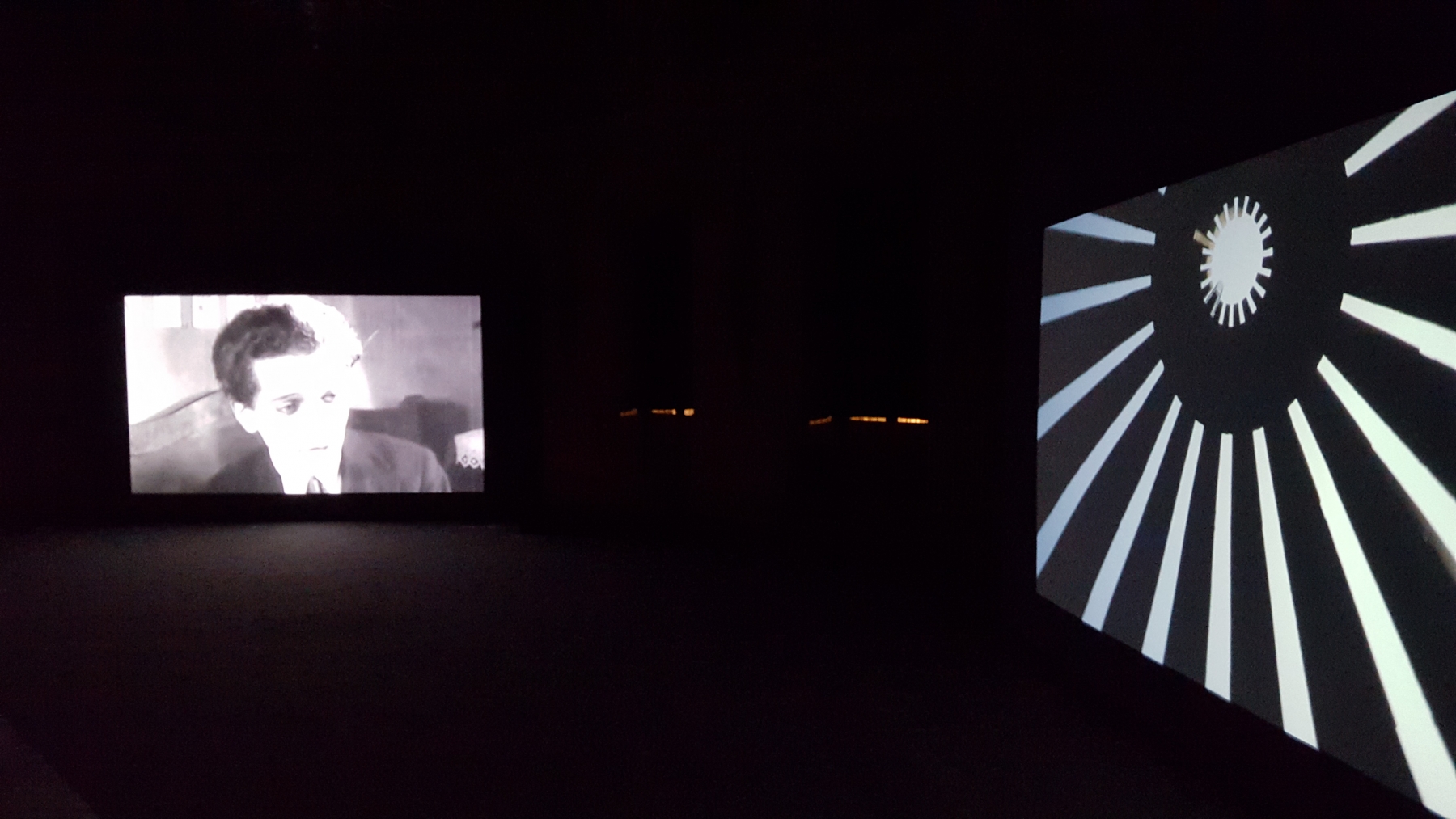 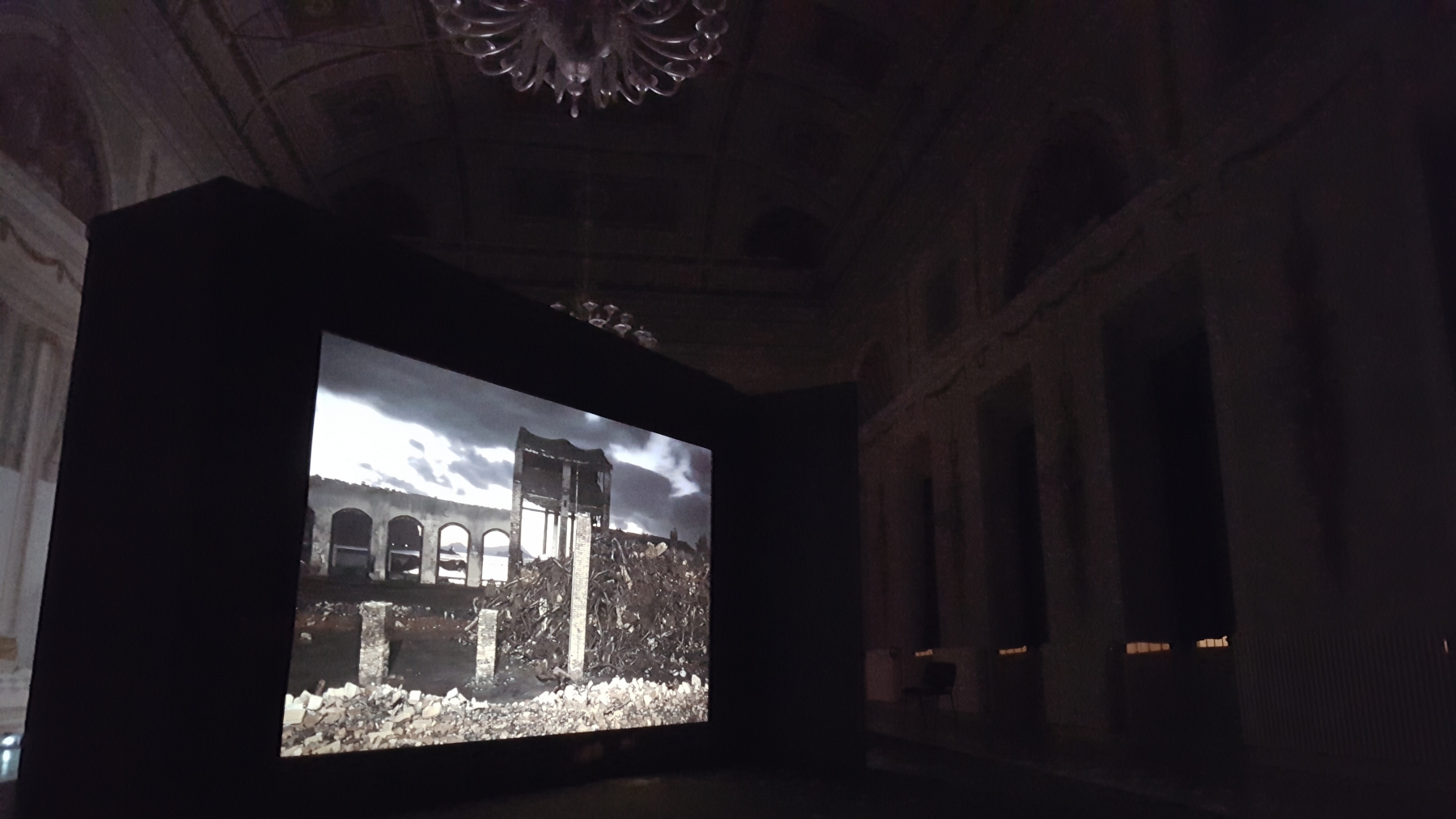 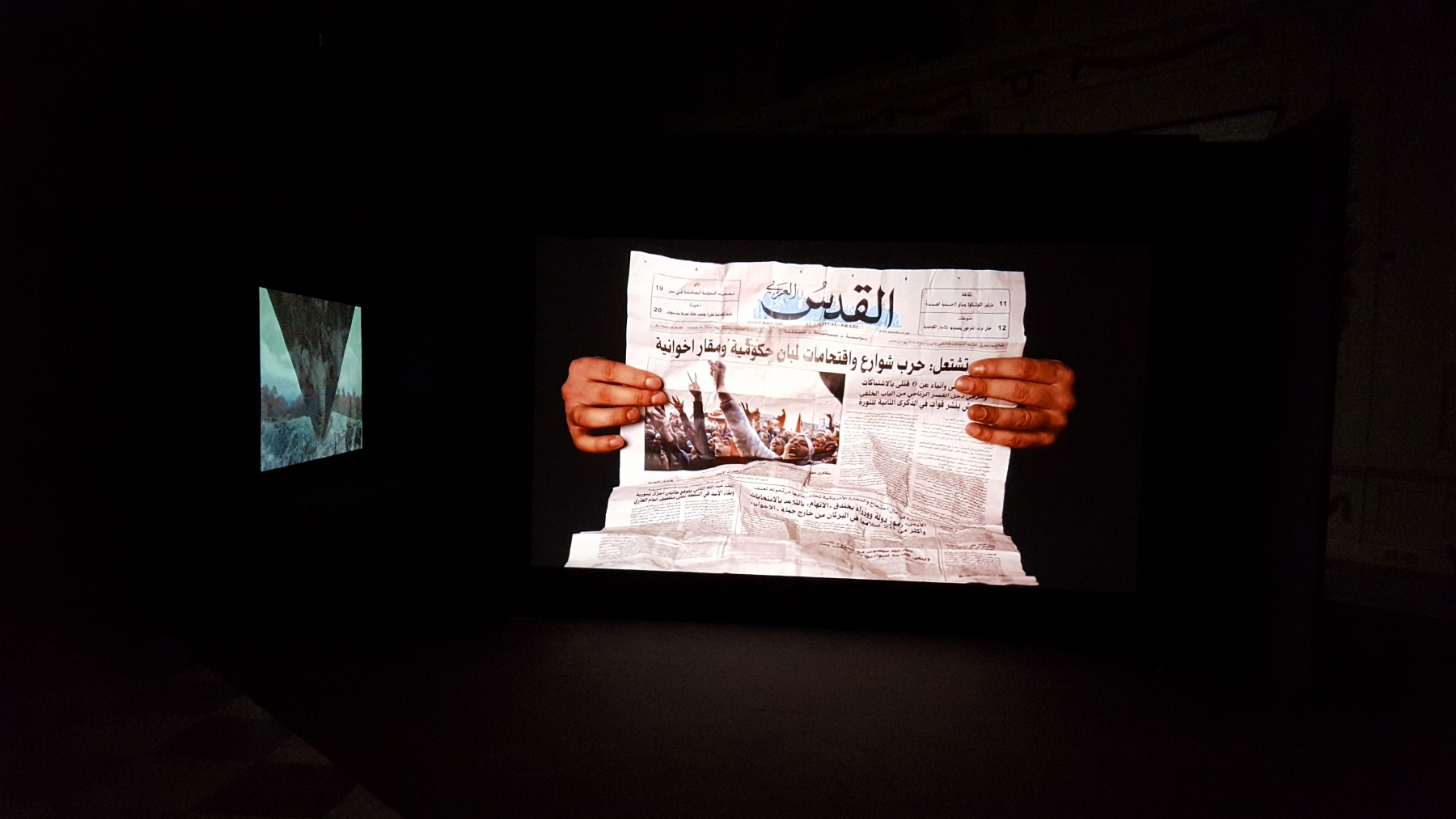 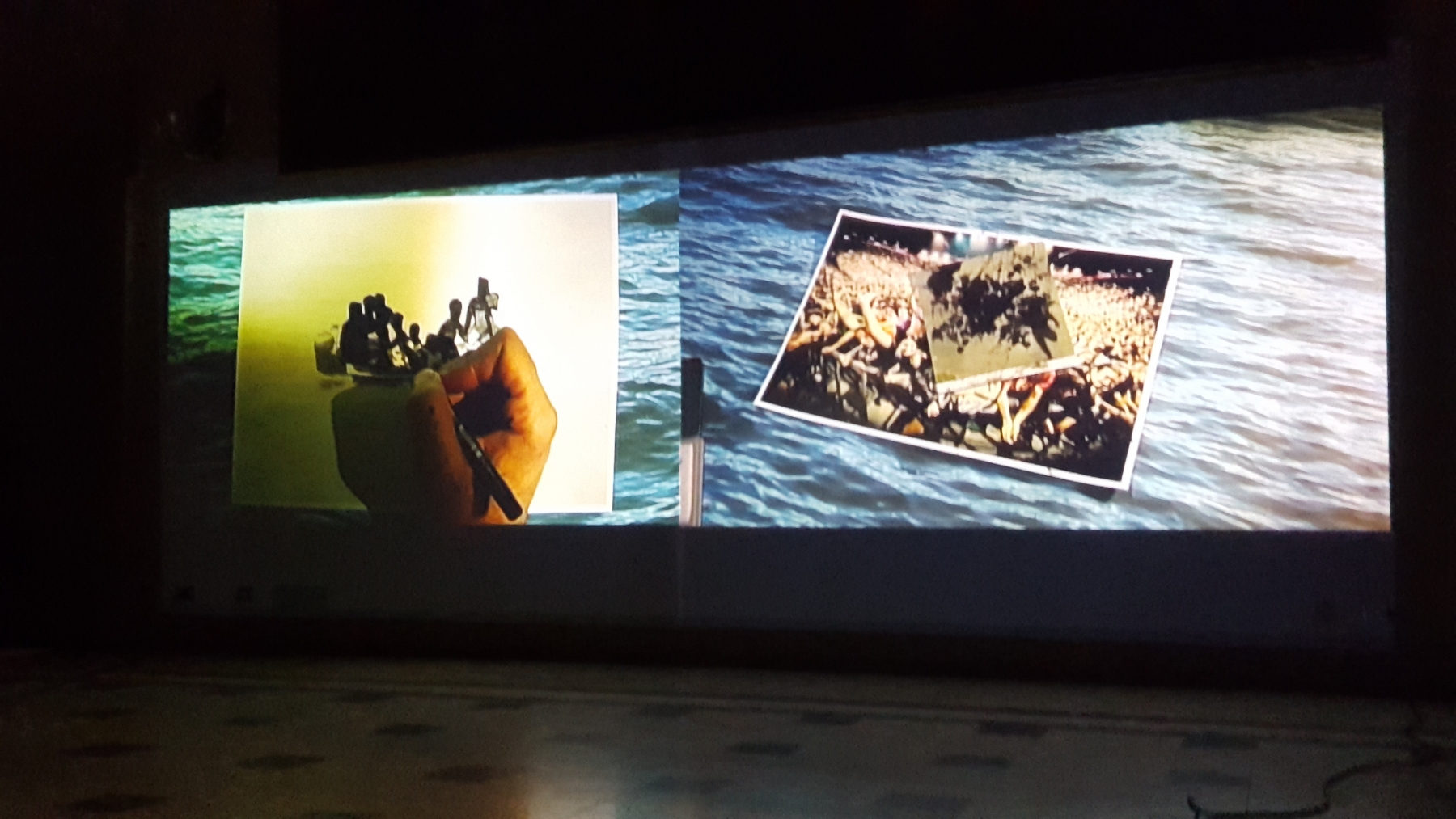 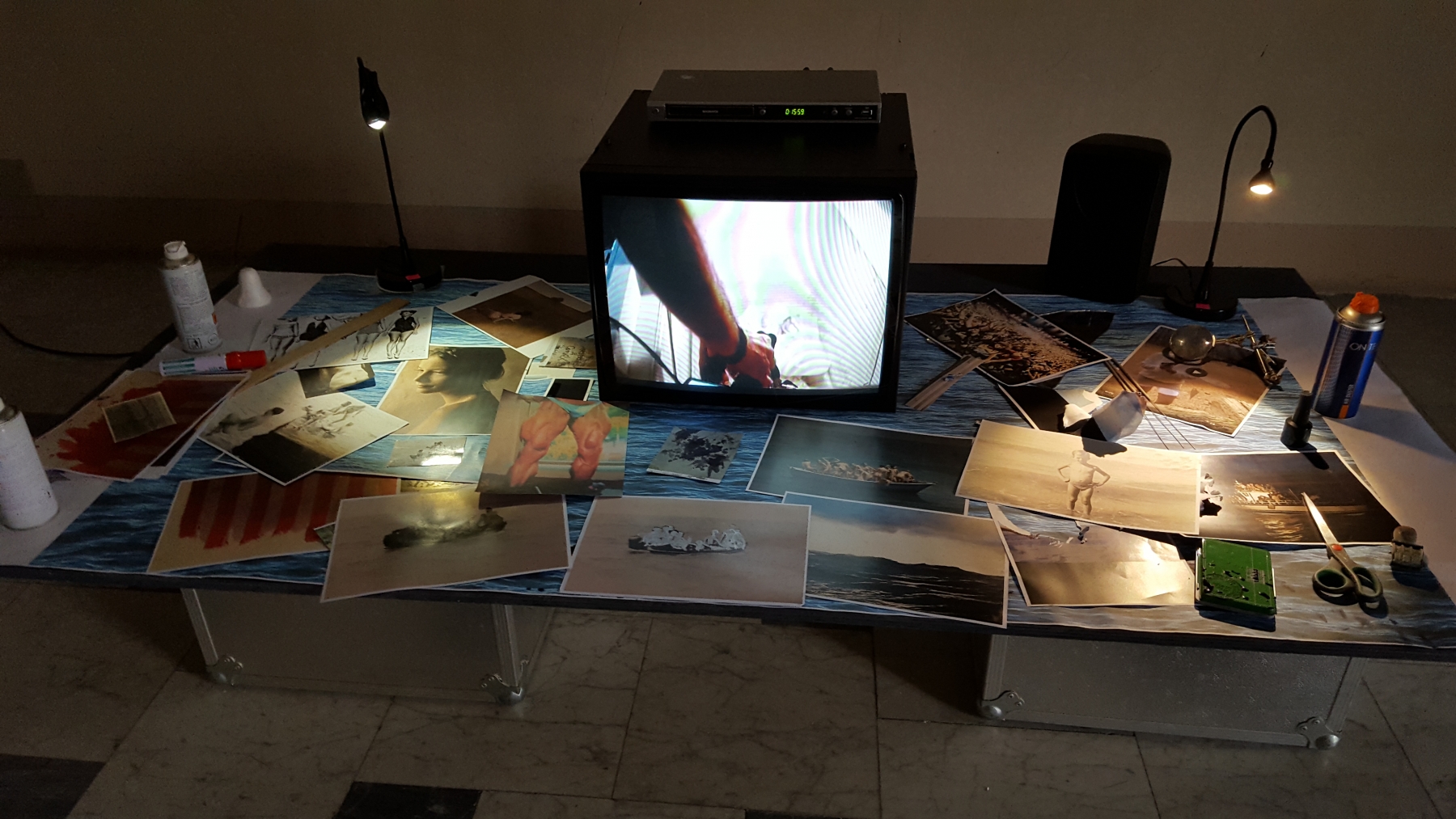 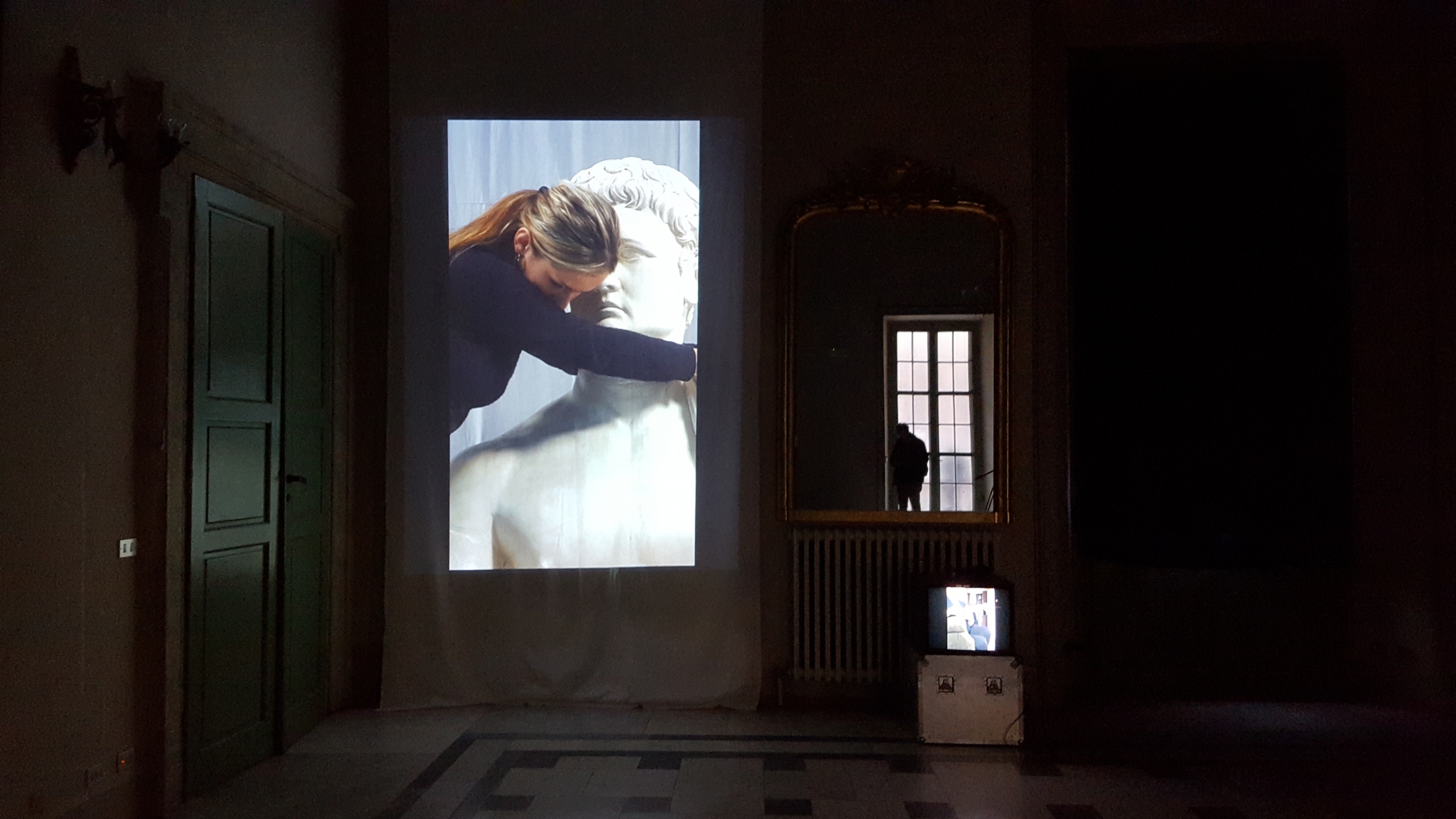 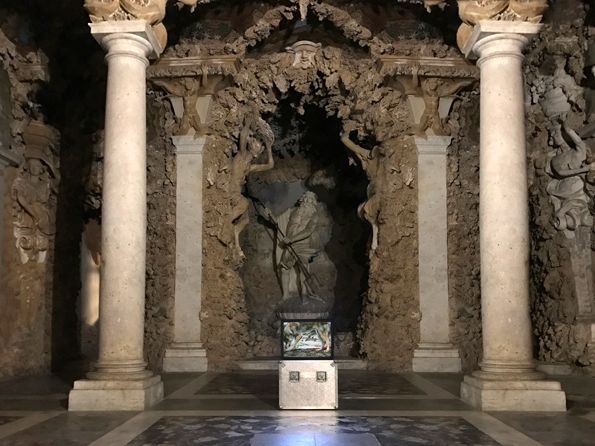 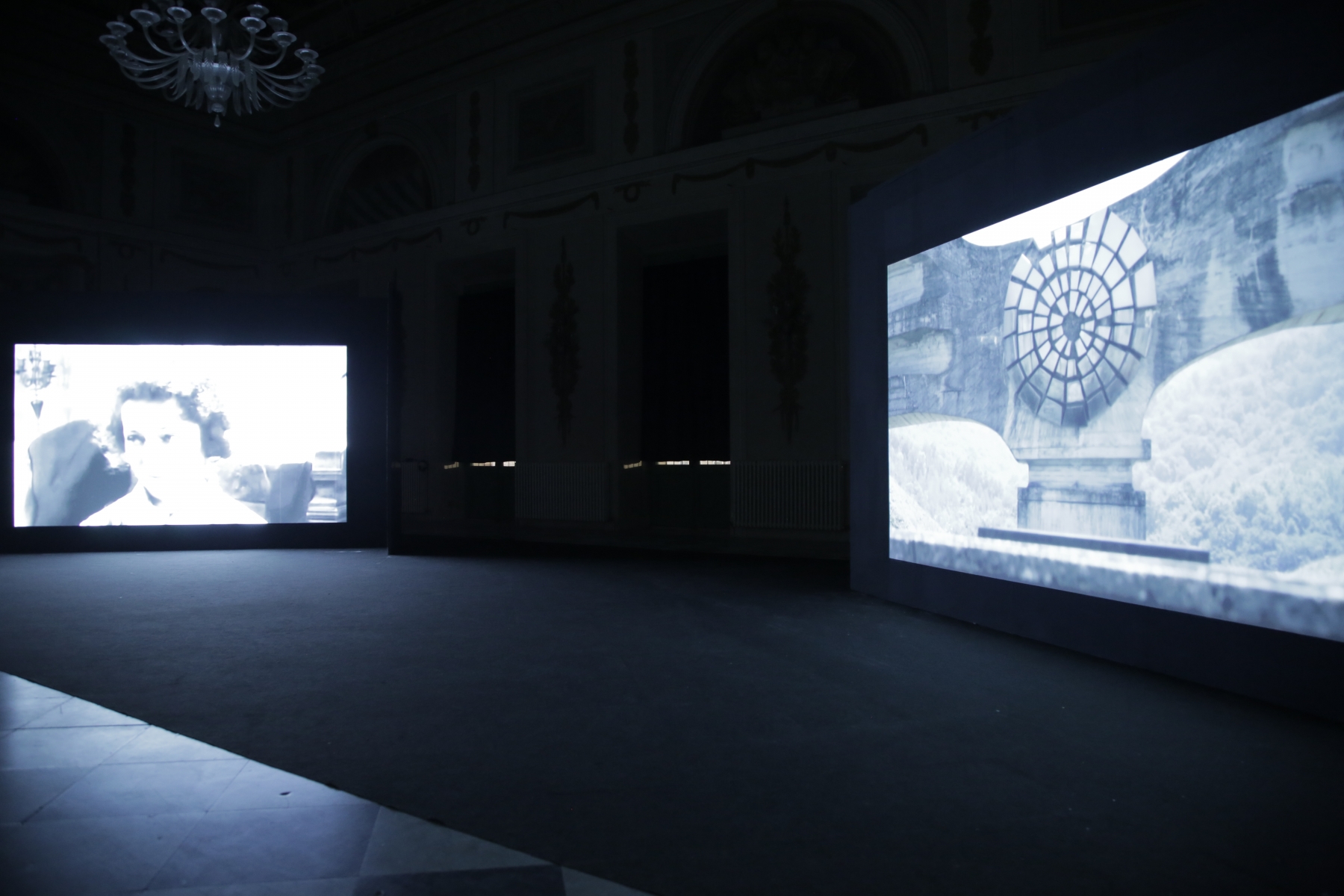 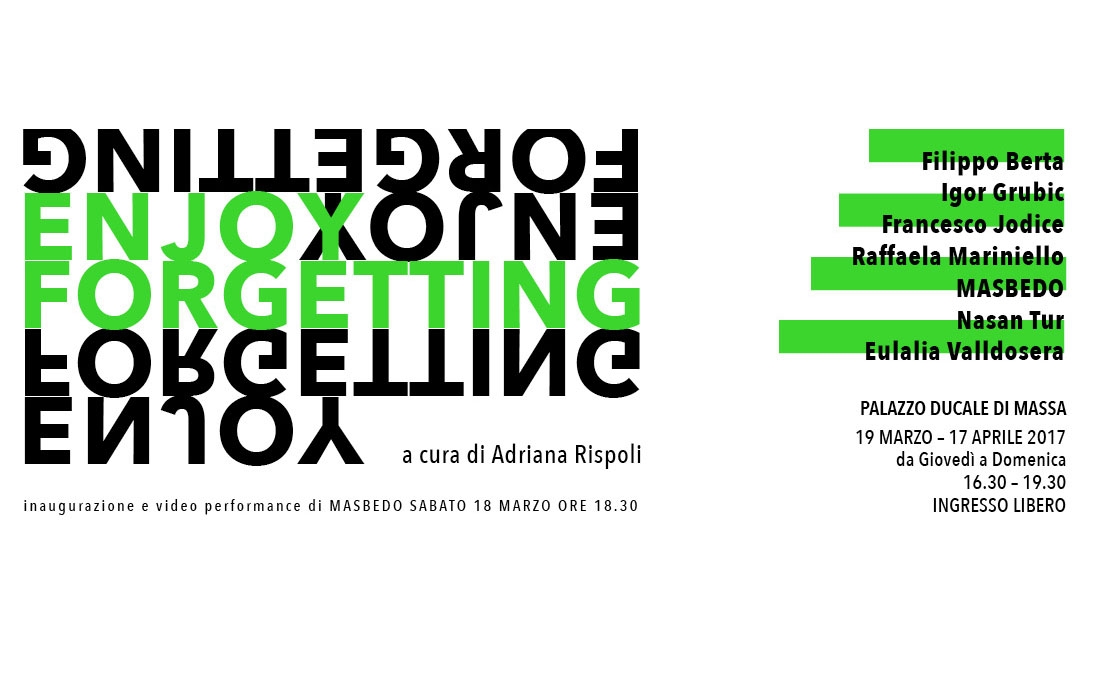 Loosely based on a statement by musician David Byrne, “Enjoy Forgetting” presents seven video works by a selection of international artists, who are among the most interesting in contemporary practice. Presenting a range of technical and semantic peculiarities, the works find a certain correspondence with each other, through the artists’ aims to give a sense to history and contemporary events, as part of their research, or even as a consequence of a common reflection upon the awareness of the passing of time.

From consciousness to bitter awareness, and from irony to poetic disillusionment, the seven invited artists generate, each from their own perspectives, strong emotions in the viewer. The exhibition commences with Homo Homini Lupus by Filippo Berta (Bergamo, Italy, 1977), by equal turns concise and effective: a cruel, metaphorical portrait of today’s Italy, where the national flag, a transversal fetish/symbol of identity and power, is lacerated in a few seconds by the brutal ferocity of wild beasts, within the frame of an ancestral allegory, combining both irrational and wild humanity. This is followed by the two videos Dependencia mutua by Eulalia Valldosera (Barcelona, Spain, 1963). As often happens in her research, the artist investigates the dialectic relationships between servant and master, here interpreted by a domestic worker of Ukrainian origin, the witness of a sad phenomenon of humble immigration in Italy, and by the Roman statue of the Emperor Claudio, in the Archaeological Museum in Naples.

The magnificent late-Renaissance halls of Palazzo Ducale, once witness to the splendor of the Cybo Malaspina dynasty, are transformed into ‘video rooms’ that accommodate large-format screenings and installations, and invite the viewer to dive in and be immersed by the suspended environments of the following four works. The importance of the architectonical symbols of history, together with the condemnation of the damnatio memoriae, still ongoing in the former Yugoslavia, are at the core of Monument, by Igor Grubic (Zagreb, Croatia, 1969); whilst in Still in Life by Raffaela Mariniello (Naples, Italy, 1961) we can read a bitter state of resignation, interspersed with a clear charge of immobilism towards the ruling class, which resulted in a silent response to the tragic and fraudulent fire that occurred at Citt{ della Scienza, a centrepiece and the only sane ‘organism’ in the unfortunate industrial area of Bagnoli, Naples. On the other hand, in the work Atlante, by Francesco Jodice (Naples, Italy, 1965), the artist leads us on a temporal journey constructed through a flow of a repertoire material drawn from ‘the short twentieth century’: a magnetic parade of images and quotes, including the phrase that lends the title to this exhibition. By portraying the Farnese Atlas through an epic, single long take, Jodice depicts a symbol of imbalance, through the figure of the mythological titan condemned to hold on his shoulder the weight of the constellations and, therefore, of human history, for the rest of his life. The video represents the artist’s interest in “the possibility of the duration of these unsustainable disproportions, due to unavoidable ongoing inequalities” (F. J.). With a masterly sarcasm, typical of his work, and with a ludic touch, Nasan Tur (Offenbach, Germany, 1974) represents our predisposition to illusion, our surrender to propaganda, the will to entrust lazily and uncritically our own judgment to whatever is instilled in us, ‘magically’, by power structures, above all by the media. The bitter irony of Magic seems to visually enclose the initial statement: “Enjoy Forgetting”. Besides, even Totò, the prince of laughter, did not hesitate to declare to Oriana Fallaci, the journalist who wrote the history, that happiness is made up of moments of forgetfulness.

The exhibition also testifies to the fragmentary nature of the diverse meanings inherent to video art today, from “found footage” to documentary approaches, also encompassing video performance. Thus, the medium of video is analyzed through its semantic form as a fluid and transdisciplinary language: the language of our time par excellence. “Today, a news item without video is not a piece of news”, to quote MASBEDO – the artistic duo composed by Nicolò Massazza (Milan, Italy, 1973) and Jacopo Bedogni (Sarzana, Italy, 1970) and who will open the exhibition with a performance, especially conceived for this event. Paragrafo

Multidisciplinary and synaesthetic, the new work by MASBEDO will be realized before the audience’s eyes: assembling a metaphorical parallel between the operating table and the artistic process, the artists generate visual collages by total improvisation, simultaneously cross-referencing between the real image and its representation, thus triggering unconscious perceptual shifts.